The Pelicans have achieved their carbon neutrality goal. More than 70 percent of the emissions were successfully eliminated during the project. The remaining emissions have been offset. 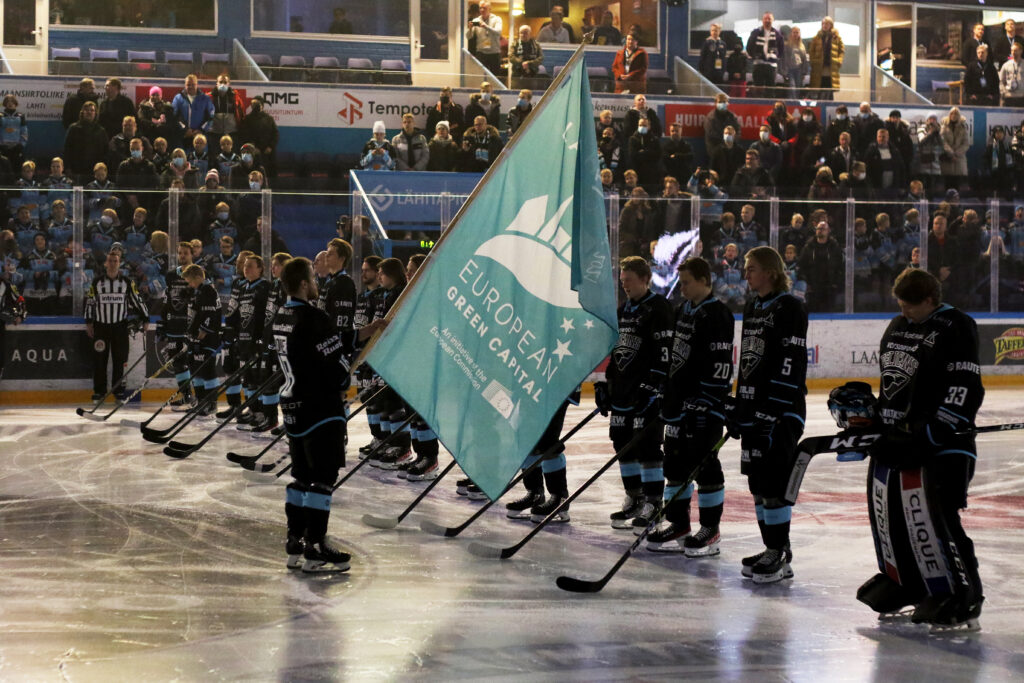 Lahti Pelicans’ project towards carbon neutrality, which began in 2017–2018, has reached an important waypoint, and the Pelicans league team is now officially the world’s first carbon-neutral hockey team. The Pelicans’ carbon footprint has been reduced by more than 70 percent, and the remaining emissions have been offset through projects certified by the internationally recognised Gold Standard. The first calculation was made for the period 2017–2018 and the most recent for the period 2020–2021.

–We are very proud of this milestone and hope that our example will inspire other sports operators to work for this important cause. The world’s first carbon-neutral hockey team is a staging post for us, and our climate work will continue from now on, Pelicans’ CEO Lauri Pöyhönen says in a press release.

The calculation takes into account the team’s travel to and from matches, the commuting of players and staff, and spectators’ travel to home matches. In addition, the review includes the league team’s share of their home arena’s use of electricity, heat, and ice machines as well as waste management.

The Pelicans gave up flying

The Pelicans league team has given up flying and does all travelling to and from matches by bus. Reissu Ruoti, which is responsible for the team’s transport and is one of the main partners, uses only vehicles with the best emission rating and renewable fuels for Pelicans’ travel to and from away matches.

The carbon footprint of the team’s cars has decreased by 33 percent from last season and is set to continue to decline in the future as the club’s car fleet is updated. Currently, the car fleet is a mix of petrol-engine, hybrid and electric cars. In addition to private cars, Pelicans players and other staff have had access to an electronic shared car since last year. Every year from spring to autumn, Pelicans players can use the club’s bicycles, which are also actively utilised by younger players in particular.

The heating of Lahti Pelicans’ home arena, called Isku Arena, has undergone a major change for the better, when Lahti Energy, one of Pelicans’ main partners, gave up the use of coal in district heating production in 2019. The next step will be seen next January, when Isku Arena will switch to renewable district heating thanks to hall company Spatium. The arena has also invested in waste sorting, for example, and the new mats are made from recycled material manufactured from plastic bottles.

Emissions from spectators’ mobility fell radically last season due to the coronavirus pandemic and the resulting restrictions on the number of spectators. The Pelicans have encouraged their spectators to arrive at matches using sustainable means of transport and carried out various campaigns with, for example, Lahti Regional Transport company LSL.

Twelve EV charging points are set to be installed in front of Isku Arena, which will also make it easier to increase electric car capacity. During matches, the charging points will also be available to spectators.

Read more about climate work and carbon footprint calculation on the Pelicans website.