European Green Capital 2021, Lahti, celebrated the culmination of the year with sports, art and music — the Mayor also skated for the climate - Lahti

European Green Capital 2021, Lahti, celebrated the culmination of the year with sports, art and music — the Mayor also skated for the climate

A sustainable city is made in cooperation with residents, businesses, universities and other partners. That’s why Finnish city Lahti, European Green Capital 2021, invited everyone to celebrate the end of the special year from 4 to 5 December. 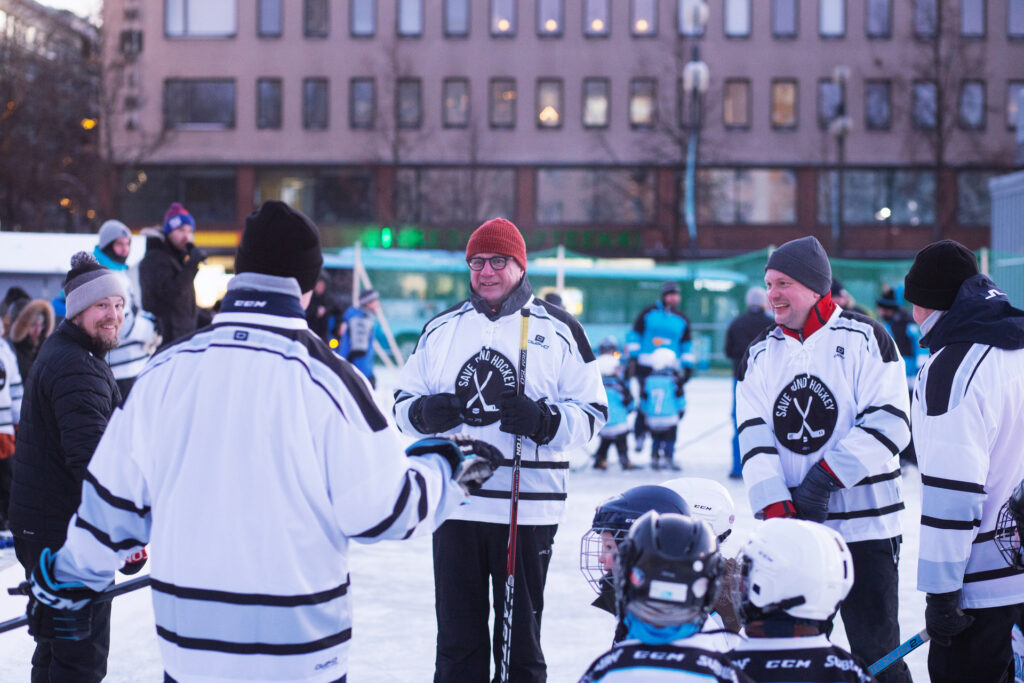 On the first weekend of December, the Green Capital brought free music performances to Lahti Square and offered a free hockey match as a thank you to local citizens for their joint work for a sustainable future. Future Green Capitals Grenoble and Tallinn also participated in the closing weekend.

During the year, actors in the Lahti region have carried out a large number of environmental projects and events with funding from the Green Capital. International events have been organised in hybrid and virtual formats. New projects have been launched during the year, which will continue in Lahti in the future, such as the development of the electronic transport cluster, the Carbon-neutral Construction Development Centre and a health and environment programme combining care for the health of nature and people. Lahti’s environmental work has been introduced at numerous hybrid and virtual events, for example, and the city has gained tremendous international visibility.

Hockey for the planet

The world’s first carbon-neutral ice hockey team Lahti Pelicans and Green Capital Lahti have been working closely since Lahti applied for the title of European Green Capital in 2019. To mark the culmination of the year, the Green Capital and Pelicans handed out 2600 tickets to Lahti residents for the match between Lahti Pelicans and Kouvola KooKoo, played on 4 December. A large portion of the free tickets were handed out to young sports enthusiasts, some were targeted at young people with limited means.

— It was great to top off the Green Capital year this way, and to get residents of Lahti and the surrounding areas to celebrate the achievements in large numbers. For our part, the journey towards carbon neutrality has been a rewarding process, despite external challenges. More important, however, is that this is a sustainable state and climate work will continue, says Jesse Pyykkö, Development Director for the Pelicans.

On match day, the Pelicans released a report by LUT University on the calculation of the team’s carbon footprint and journey into a carbon-neutral team.

Players in the exhibition match included Finland’s Minister for Development Cooperation and Foreign Trade Ville Skinnari, Lahti Mayor Pekka Timonen and several former top hockey players such as Erik Kakko and Jan Latvala. A group of Pelicans’ hockey school children also played with them, most of whom were about 5 years old. Teams from partner companies of the Green Capital were among the participants in the tournament. The proceeds of the tournament, 4,000 euros, were donated to plant trees to grow Finland’s carbon sinks.

A weekend full of activities for all ages — focusing on locality

In addition to ice hockey, the first weekend in December in Lahti also offered music experiences and other activities for the local residents. In Finland, Lahti is well known for its reputation as a sports city and an environmental city, but also for its rap musicians. So several local rap artists and Evelina, one of Finland’s most famous pop artists, were heard at the Square.

Finland’s darkening December evenings did not hinder the Green Capital’s festive weekend, on the contrary. Lahti Square also featured a striking light artwork by the Flowers of Life artist group, glowing in the dark frosty evening. Lahti residents can also admire spectacular light art in a park near the centre right up to Christmas.

Photo: Save Pond Hockey charity tournament 5 December in Lahti. On the right wearing a grey beanie Finland’s Minister for Development Cooperation and Foreign Trade Ville Skinnari and in an orange beanie Mayor of Lahti Pekka Timonen.