Tallinn will set an example for other cities as the European Green Capital, following Lahti and Grenoble. The awards gala attracted high-level guests from all over Europe to Lahti, Finland. 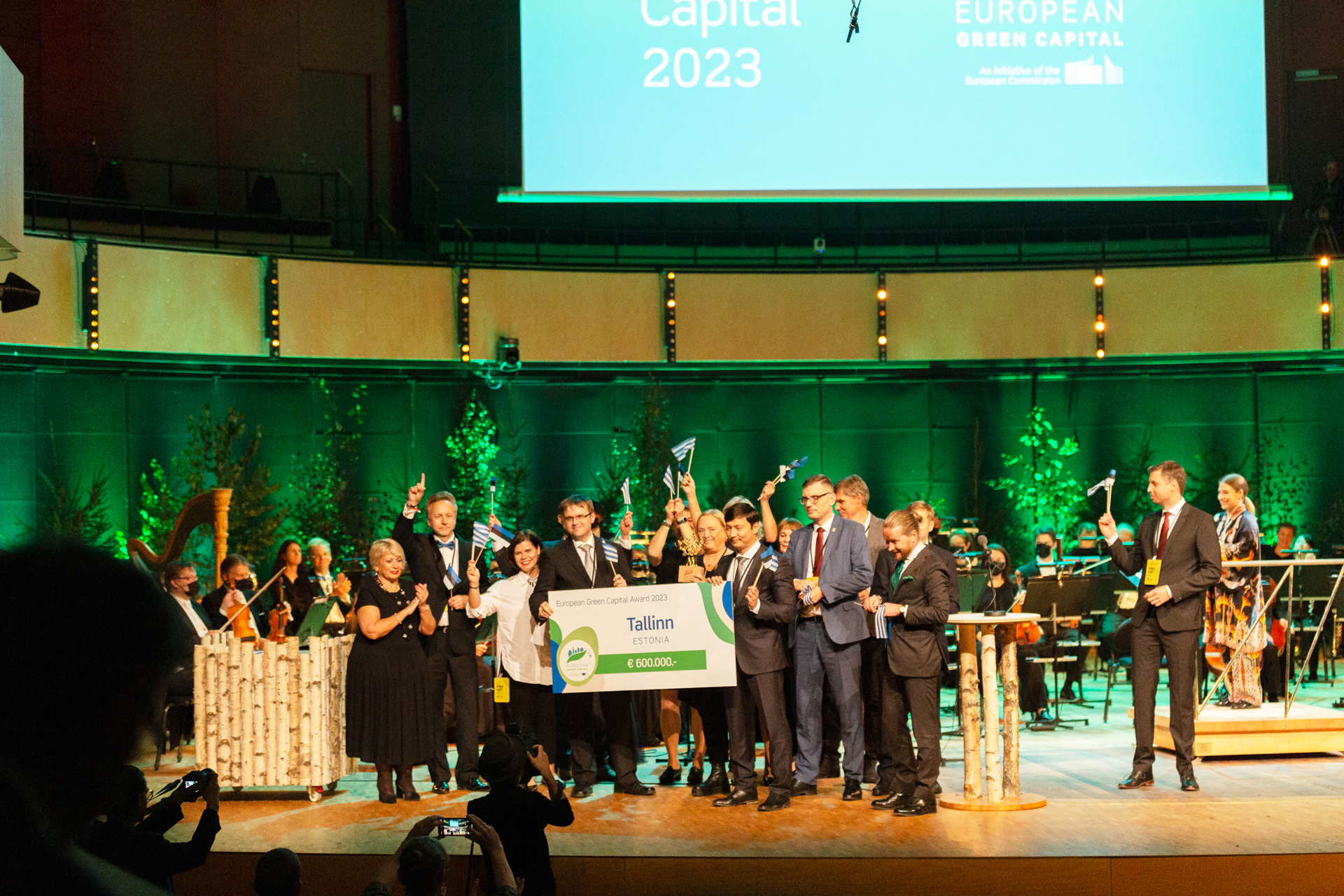 The European Green Capital Award (EGCA) ceremony culminated on the evening of Thursday, 9 September 2021 in the selection of Tallinn as the Green Capital 2023. A roaring round of applause filled the Sibelius Hall in Lahti, Finland as Virginijus Sinkevičius, European Commissioner for the Environment, Oceans and Fisheries, announced the name of the winning city.

–These awards are all about progress. About Europe’s efforts to improve living conditions, for ourselves and for our planet, Commissioner Sinkevičius said.

Tallinn, the capital of Estonia, is known for its historic old town. With a population of just under 400,000 residents, Tallinn aims to e.g. promote sustainable forms of mobility in the city, improve the energy efficiency of buildings, and promote the circular economy.

– We have a message about the future. I believe, that green transition is not about political decisions, technologies or new ideologies, it is about our children, Mayor of Tallinn, Mihhail Kõlvart, said.

Prime Minister of Finland, Sanna Marin, who joined the event online, emphasized cooperation on the European level. She mentioned the ”Fit for 55” package adopted by the European Commission, a plan to make Europe the first climate-neutral continent in the world by 2050.

– Climate change is not a matter of political opinion, it is a fact. Together as cities, nations and Europeans we can build a sustainable society. The European Green Capital initiative is an excellent way to emphasize the role of cities in fighting the climate change. Lahti is a great example of how cities can be pioneers of sustainable solutions, Prime Minister said.

In addition to Tallinn, three cities competed in the finals of the Green Capital competition: Helsingborg in Sweden, Krakow in Poland and Sofia in Bulgaria.

The European Green Leaf 2022 awards were granted to Valongo from Portugal, and Winterswijk from the Netherlands at the same event.

Alongside the winners, the competitors for the European Green Leaf award for cities with under 100,000 residents were Bistrița from Romania, Elsinore from Denmark, Gavà from Spain and Treviso from Italy.

Each year, one city that has developed exemplary solutions to environmental challenges is selected as the European Green Capital. The winning city serves as an example and inspiration for other cities, promoting the sharing of knowledge, cooperation, and sustainable urban development.

The competition is organised by the European Commission. As the 2021 Green Capital, Lahti had the honour of hosting the awards gala this year. The finalist cities presented their environmental work to an international jury in Lahti on Wednesday and Thursday, after which the jury selected the winners. International guests from all over Europe also familiarised themselves with the environmental solutions of Lahti.

The European Green Capital competition was first held in 2008 with the aim of encouraging cities to be more environmentally friendly. The granting of the European Green Leaf Awards started in 2015 for smaller cities with 20,000 to 100,000 residents in recognition of meritorious environmental work.

The winner of the Green Capital competition receives a prize of 600,000 euros, with the winners of the Green Leaf title receiving 200,000 euros. The money is intended to be used during the year to promote the cities’ environmental work.

Following Lahti, last year’s winner, Grenoble in France, will start its Green Capital year at the turn of the year. Located in an Alpine valley, Grenoble has invested heavily in e.g. urban green spaces and reducing emissions from traffic.